Please introduce yourself and Celica or ride(s).
Post Reply
8 posts • Page 1 of 1

Hello all!
So, after creating an account and not having a celica, and finally aquiring a celica, I lost my account due to no activity,
Here I am again!

I am now the owner of a 1977 RA29 Liftback.
For many years, I was interested in getting a first gen nissan Z, and in my swooning etc, I came across the TOP SECRET restomod(ish) liftback.
I thought it was cool, and showed it to a co-worker I was training.
Guy says, "oh, I have one of those."
"no you don't"
"yes, I do"
..
A year later, he walks up to me and asks if I was still interested. out of all the people that we worked with that knew about it and wanted to buy it, he said I was the most adamant and constant, and he felt it would be going to a good home.
Seems last he drove it, and pulled it into his garage, the garage door broke. and it wasn't fixed until the day I came for the celica: 7 years later!

So here I am, looking at this dust and spiderweb-covered thing, and turns out he tried to start it up for me.....with 7 year old gas in the tank. Yeah, bad.
Whatever. Up the trailer, down the road, and off into my driveway! And a bath later, and it looks decent!
Under the hood, however, it needed love.
And all 4 new brakes.
After dropping the tank, having it dipped and repainted, replacing the rubber fuel lines, the fuel filter (7 year old gas spilled on me in the process....it was a

day) and cleaning and fighting with the carb and replacing spark plugs and a battery, I got the thing to fire up!
and then it died.

After a long process of firing and fiddling and fighting, I got it to run on its own. I tidied up best I could, and took a lap around the block.
Fought and bled brake lines, fiddled with carb settings, etc....3 months.

Finally got it decent, and took the adventure course to the inspection station! Smoking like a freight train, floating and bobbing on blown dampers that reminded me of a waterbed on wheels, and the car dying twice, I got it to the station. Wait time. Saw them pull it into the bay, fiddle with the janky hood that opens the other way, peek inside, then give the "nope!" headshake and close the hood, slap a sticker on it, and I was on my way home!
Parked it in the garage.

Next day, I pull it out to go pick up some snacks at the corner store. let it idle in the driveway to warm up, and it dies on me.
And never started again.

The motor has been pulled, the transmission too, and.......have run out of money for the moment.

Future plans?
Beams swap looks good. Power numbers close to where I want, and fairly light too.
rack and pinion swap. The box seems good, but still too loose for my tastes.
A properly inflated basketball would be an upgrade for that car's suspension. needs work.
has rust spots under spare tire in trunk, and under seats in cab. I will need to patch.
The stock rear end most likely won't last for what I want, so ......upgrades for later. 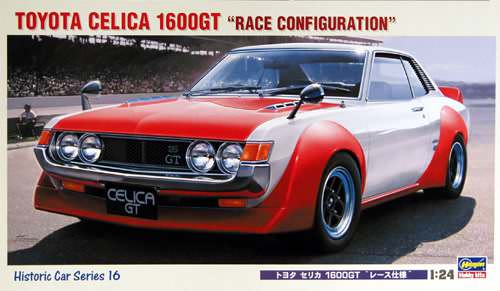 73gtv, thanks for the welcome!
slowmo, I think I really did get lucky previous owner waited 7 years to fix the garage door that kept this car dry.
Top

I guess there are several of us in the metroplex. I have a 77 Celica Liftback that I am working on. My first new car was one of these and I always missed it. I will say that i spent a lot less on the new one than I have on this one.

I am in Fort Worth if I can help.
Top

Hey Tom!
I used to live in White Settlement before moving to Arlington!
Although I can really only recall seeing 2, maybe 3 first gen liftbacks in the past umpteen years in this metroplex, its always good to see another in good condition.
Thanks for the offer of help! There may be a day where I will need it!
For now, all plans are on hold until I procure finances. Until then, I'll live in the land of daydreams!

We moved back to DFW in October after living in Albuquerque for 3 years. I'm going to start working on my 72 soon. I live Grand Prairie.

Lets keep touch and get these 1st gens running!

I've seen a liftback going around in grand prarie before!
I used to work at Vought, and saw it in the Jefferson St/Main St/Beltline area
Top
Post Reply
8 posts • Page 1 of 1